Why is Staff Nance Larson of EmpireKred seemingly NOT proud of her association with @empirekred?

Staff is such an obsequious word.

You’re the maid, you’re the staff.  Get me this, get me that.

It’s very strange when staff lies to you.

Why would staff lie?

Why would Staff Nance Larson of EmpireKred lie about her being staff?

@wanderinpoet What am I on EK, a wealthy player and what are you?

Why would a staff member not take the opportunity to promote the game of EmpireKred?

After all, she’s a Team Leader (perhaps former, Kred is very slow with information), and paid for the Leader badge which was advertised as allowing players to run the game basically. 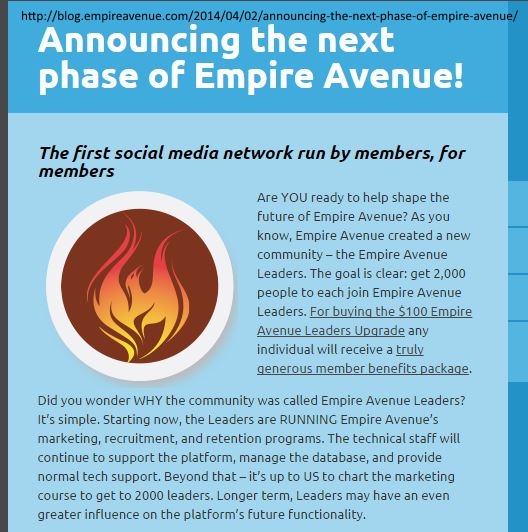 When you log into EmpireKred you are greeted with some introductory missions.

And asked to join some communities.

One of which is the “Welcome Wagon” community.

Wherein this pop up greets you.

Run by the Staff.

Join, and there’s Nance Larson listed as one of the Admins and Moderators. 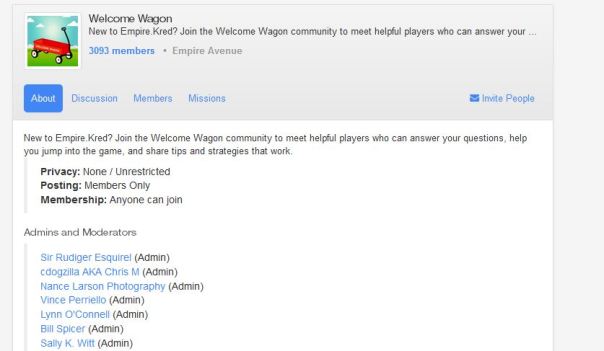 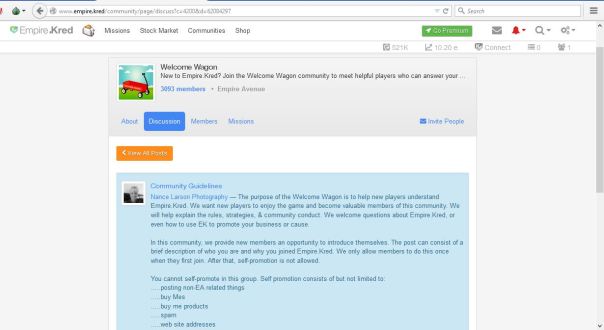 Proceed further down, and there’s Staff Nance Larson, gifted with the leaders badge and promoted to Team Leader indicating they are volunteers.

I think EmpireKred probably has it right, and Nance is wrong. 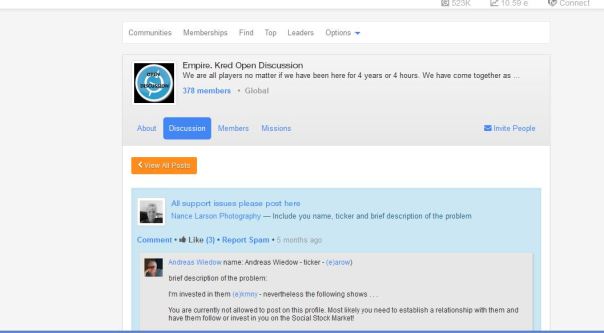 In the open discussion community there’s Nance telling you to post your support question in that thread.

Why does Nance Larson lie so darned much?

This is astonishingly poor leadership. 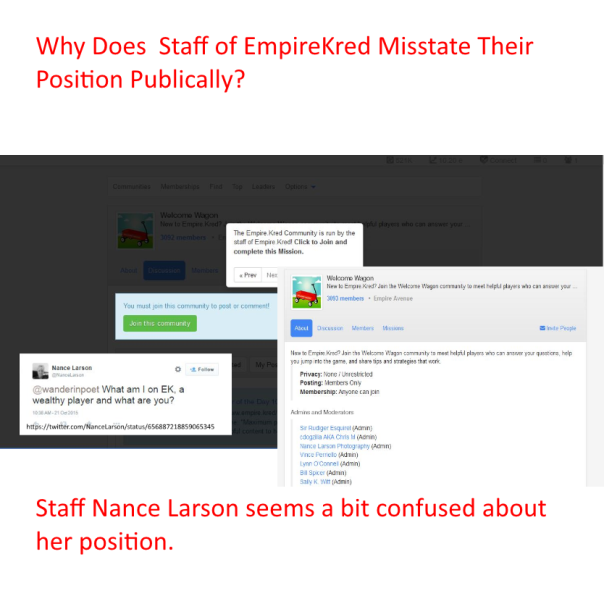 I am a player on Empire Avenue. I am not a principal for that gAme and I am not in the marketing department. Stop spreading lies.

@Fancienanc @DigitalKeith @USAFA_93 @me_Gareth totally bored with the same BS day in and day out. No new news. But man the PI has plenty

What do you have to say for yourself, Staff Nance Larson?