Internet cyberbully and EmpireKred leader Gareth Davies (@me_gareth) feels one unsolicitied email is spam, and uses that as a pretext to attack the facebook pages of businesses.

Not only can EmpireKred not help you sell a pizza, according to Lynn O’Connell (@omdirect) Player Champion of EmpireKred, but their own leaders can hurt your business dramatically. 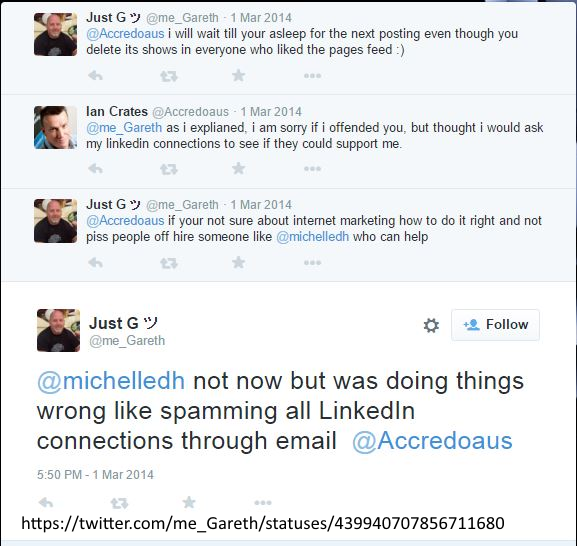 Gareth has attacked a business page of a new contact on Linked.In for sending him an email.

Gareth Davies has been suspended by Twitter for doxing (tweeting private information) a customer of Empire Avenue’s (now EmpireKred) and violent threats.

Additionally Gareth Davies was warned by Twitter for violent threats.

Why would anyone in their right minds invite their friends to EmpireKred when such a vicious predatorial animal is present as a leader of EmpireKred?

Value your friends safety and cybersecurity, it’s clear EmpireKred does not.  They classify this behavior as “social media interactions” even though they are clearly prohibited by EmpireKred’s own Terms of Service.

Save your friends!  Don’t invite them to EmpireKred.

You simply never know what will set off a timebomb like Gareth Davies.

And EmpireKred callously disregards his history of “rampage.”

It’s clear they don’t value the cybersecurity and privacy of internet denizens despite their own Terms of Service provisions. 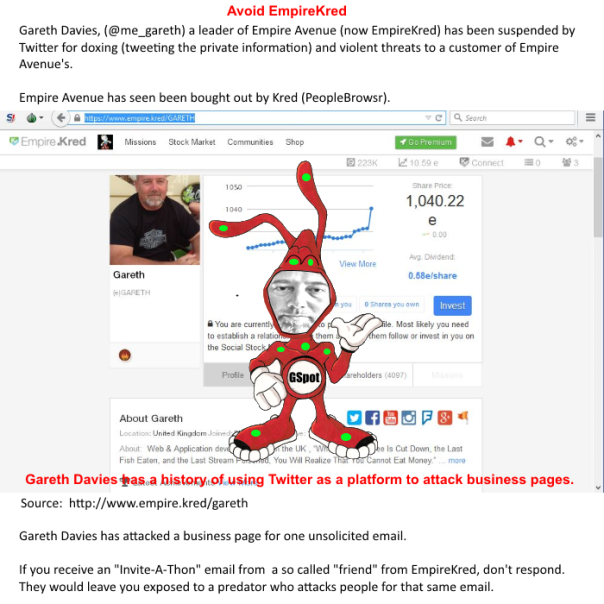 Nance Larson, identified as “staff” by the Empirekred website and is an Admin in the “Welcome Wagon” forum (and Leader) participated in the doxing of a then Empire Avenue customer. 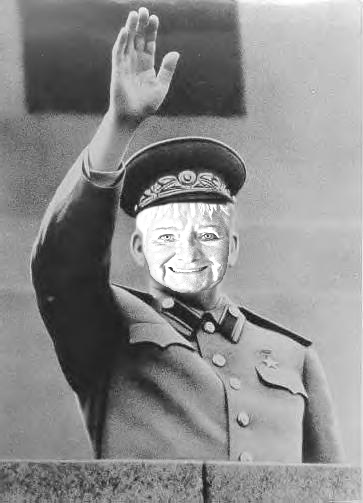 According to Nance Larson,

Satire is harassment when he types and puts my head on Nazi uniforms. That's wrong.

Nance needs to figure out who she is, and that other people now know.

“You never know just how you look through other people’s eyes.”

Unless they blog about it.

Sadly Nance Larson does not define US, State or local laws on the state of satire or parody.

At the time of this post she was attacking other players (customers) of Empire Avenue in the (eav) elders forum.

She later unilaterally deprived a paying customer of his benefits because he shared a social media blog she didn’t approve of.

She went mad with power, I believe.

How others see what being a customer of Empire Avenue (now EmpireKred) is like.

Keith Gill, AKA Digitalkeith has been moderated by Instagram for cyberbullying.

Want to expose your friends to these people?  Email them an invitation.