So if a person makes thousands of negative tweets about you takes you image what would you think of that persons mental state? #creepy

Gareth Davies has been suspended by Twitter for tweeting a customers private information and for violent threats.

Additionally he was warned for violent threats by Twitter as well.

EmpireKred support’s  callous disregard for the safety of their customers (and Twitter’s) is noted in their response when informed that Gareth Davies activities caused a CA DoJ inquiry into Twitter’s handling of this matter.

Avoid EmpireKred while safety and privacy is not a concern to EmpireKred support. 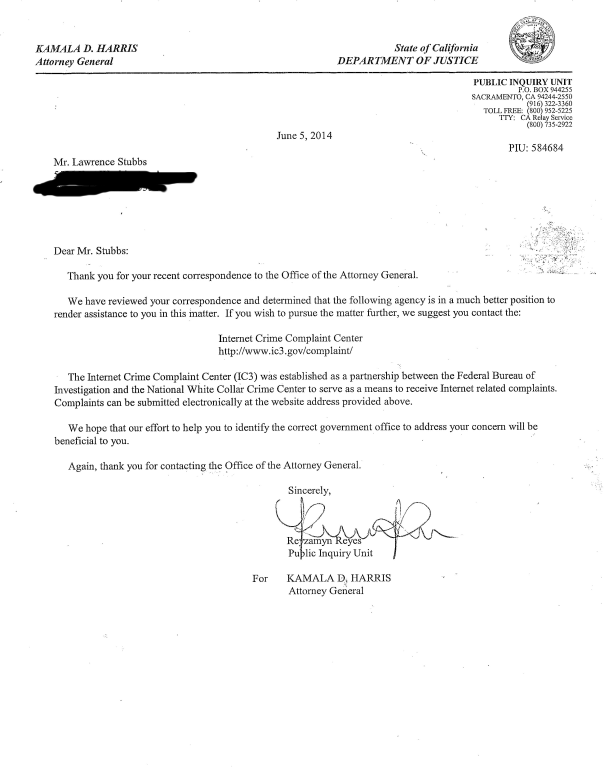 What’s very strange is that he welcomed the reporting.

@WanderinPoet @Koustave report away ohhhh you need me to have actually said/done something like maybe a slanderous blog post, keep on diggin 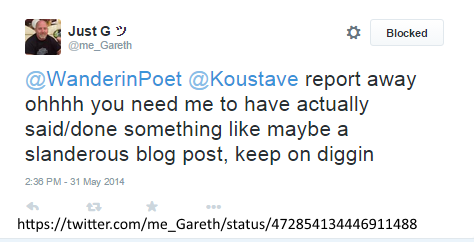